Osteopathic health care for the Hills 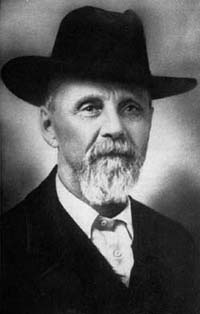 A refined method of healing

The field of Osteopathy was developed by an American doctor who believed that healing could be achieved by gentle holistic methods.

Dr Andrew Taylor Still (1828 – 1917) began the field of Osteopathy in 1874. A medical doctor living on the Missouri frontier, Dr Still formed the opinion that optimal health is only possible when all the tissues and cells of the body are functioning in harmony. He reasoned that disease could have its origins in anatomical deviation from normal. As a result, health could be restored by a gentle manipulation known as Osteopathy. The idea of seeing and treating the body as a whole is why osteopathy is known as a form of holistic treatment.

Today, osteopathy is the fastest growing modality of alternative medicine in Australia.  The number of people choosing to visit an osteopath has increased by 48 per cent over the past two years alone proving it is a safe and effective means of health treatment.